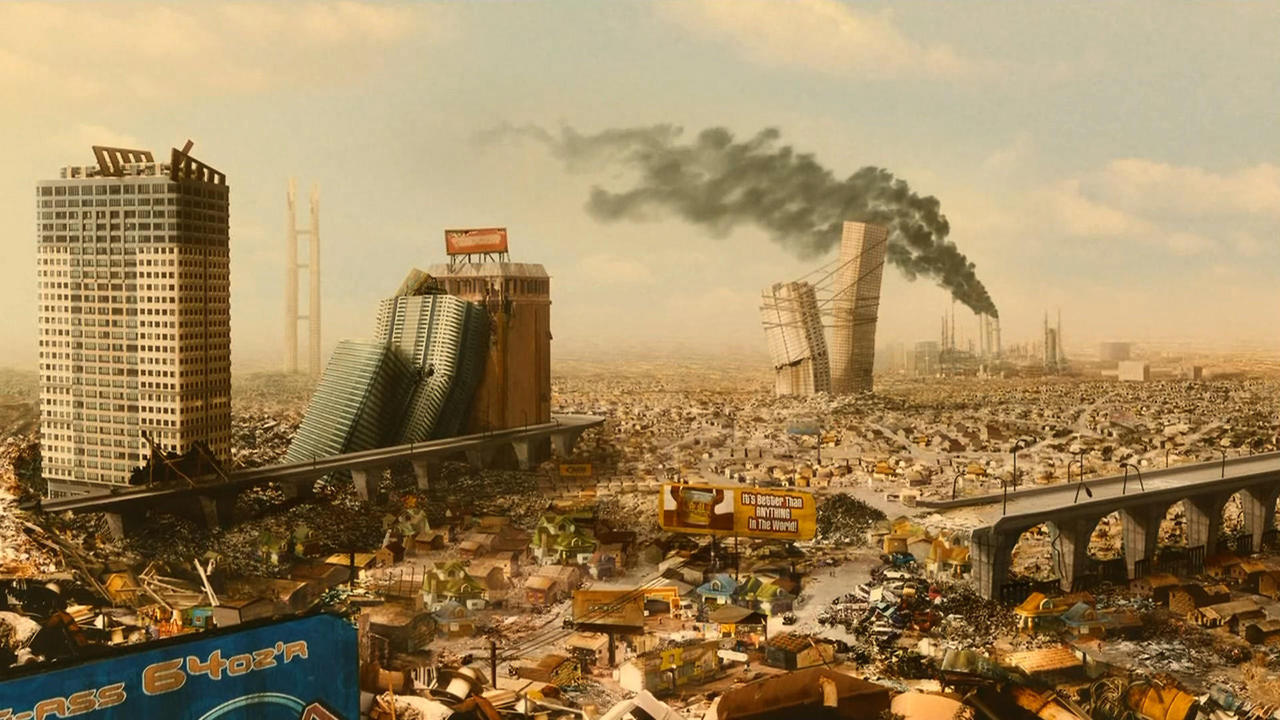 There are millions of documental movies telling us about nature and environmental problems. Usually, you can’t see them in the cinemas, they are not well broadcasted. So their messages hardly can reach the minds of the most of the audience. Another story is with “Hollywood movies”. Everyone knows them even if they didn’t really have such goal.
The movie  “Idiocracy” is a unique happening, it has a place somewhere between this two poles. The film became a cult  even it was not screened for critics and distributor 20th Century Fox was accused of abandoning the film.
Idiocracy is a 2006 American satirical science fiction comedy film directed by Mike Judge and starring Luke Wilson, Maya Rudolph, and Dax Shepard. The film tells the story of two people who take part in a top-secret military human hibernation experiment, only to awaken 500 years later in a dystopian society where advertising, commercialism, and cultural anti-intellectualism have run rampant, and which is devoid of intellectual curiosity, social responsibility, and coherent notions of justice and human rights.
In Idiocracy we see the future where people believe corporation instead of using the minimum of knowledge and replacing the water with some kind of Pepsi. So this causes the ecological disaster nd nobody except the quite ordinary man who travels from the past can solve it. He makes the reintroduction of water to the soil and that has prompted vegetation to grow in the fields.
That is a bright example of what can happen in future if we will ignore the science. And not just science, but even logic based on simple knowledge.
So – keep reading!